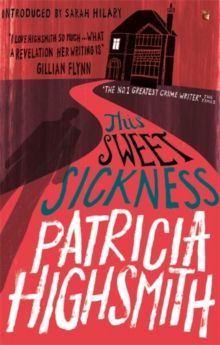 David Kelsey has an invincible conviction that life is going to work out just as he has planned it - if he can just fix 'the situation'.

His one true love, the brilliant, beautiful Annabelle, has married another man.

But that doesn't mean they can't still be friends. And even though she is pregnant with her husband Gerald's baby, that surely doesn't mean she won't one day get back together with David.

She still loves him, of that he is certain. David is sure she'll take him back, and, under an alias, is setting up a wonderful home for the two of them in a town close by. And everything is just about going to plan until things take a murderous turn, leaving David a desperate man on the run.