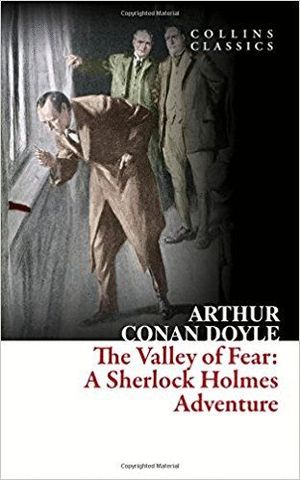 THE VALLEY OF FEAR. A SHERLOCK HOLMES ADVENTURE

HarperCollins is proud to present its incredible range of best-loved, essential classics.
`The greatest schemer of all time, the organizer of every deviltry, the controlling brain of the underworld, a brain which might have made or marred the destiny of nations - that's the man!'
Summoned to a mysterious manor house by one of the henchmen of his arch nemesis, Professor Moriarty, Holmes and Watson find themselves confronted by the scene of a brutal murder. But the brilliant Holmes soon reveals that there is much more to this case than first meets the eye...
First published as a serialisation in The Strand Magazine between 1914 and 1915, this fourth and final Sherlock Holmes novel will delight fans of Conan Doyle's legendary detective and his faithful sidekick Watson.