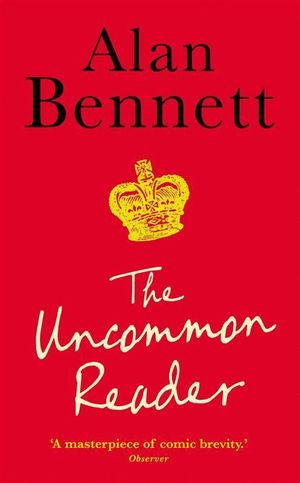 What would happen if the Queen became a reader of taste and discernment rather than of Dick Francis? The answer is a perfect story.

The Uncommon Reader is none other than HM the Queen who drifts accidentally into reading when her corgis stray into a mobile library parked at Buckingham Palace. She reads widely ( JR Ackerley, Jean Genet, Ivy Compton Burnett and the classics) and intelligently. Her reading naturally changes her world view and her relationship with people like the oleaginous prime minister and his repellent advisers. She comes to question the prescribed order of the world and loses patience with much that she has to do. In short, her reading is subversive. The consequence is, of course, surprising, mildly shocking and very funny.