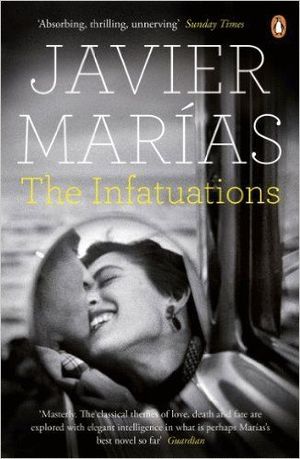 Every day, Maria Dolz stops for breakfast at the same café. And every day she enjoys watching a handsome couple who follow the same routine. Then one day they aren't there, and she feels obscurely bereft.

It is only later, when she comes across a newspaper photograph of the man, lying stabbed in the street, his shirt half off, that she discovers who the couple are. Some time afterwards, when the woman returns to the café with her children, who are then collected by a different man, and Maria approaches her to offer her condolences, an entanglement begins which sheds new light on this apparently random, pointless death.

With The Infatuations, Javier Marías brilliantly reimagines the murder novel as a metaphysical enquiry, addressing existential questions of life, death, love and morality.